Miss Taylor grew up as a competitive dancer in Queens. She began teaching as a teenager, and continues to teach as she pursues her degree in Education. During High School she attended Professional Performing Arts School where she trained at Alvin Ailey American Dance Theatre. Although she absolutely loved competing and performing her true passion is teaching. She teaches at various places in Queens, Brooklyn, and Long Island sharing her passion in several different genres of dance to all ages. Her goal is to give the kids the experience she had as a dancer growing up

It was clear from an early age that Nicole Naccari belonged on the stage. With companies such as the Plainedge Players and the Pius Players she starred in productions such as Annie, Oliver, You’re A Good Man Charlie Brown, Carousel, and Guys & Dolls. She joined Lil’s Dancing School at the age of two studying Ballet, Jazz, and Tap eventually adding Modern, Pointe, and Hip-Hop to her repertoire. Showing great promise, she was invited to perform with Sesame Street Live when the show came to Nassau County. In addition to her dance classes at Lil’s Dancing School (now The Studio Dance Perfection), Nicole developed and showed off her talents as a member of the St. Dominic High School Dance Team. At age 14, Nicole’s years of hard work were recognized and she was hired as a Student Teacher at the dance studio. Her training prepared her for 15 plus years of choreographing and teaching Jazz, Tap, and Ballet to students of all ages. In 2007, the Studio Dance Perfection was formed and Nicole was named Studio Manager. Since then, she has helped run a successful business that teaches all forms of dance as well intense but fun workout programs. Wanting to learn more, Nicole has recently earned certifications in both Pilates and Vbarre. Her love of dance has also now given her a passion for health and fitness, which she shares with all of her students. Dance has been a vital part of Nicole’s life for many years. It has given her lasting memories and lifelong friends. Today she dedicates her time to making the experience just as memorable and joyful for all our students who walk through the studio entrance every day.

Heather Garbrandt started her ballet training at the New Jersey School of Ballet. She then moved to New York City to train with the Joffrey Ballet School and trained with a full scholarship with New York Theater Ballet. Mrs. Garbrandt has performed professionally with Ballet for Young Audiences and the Staten Island Ballet, dancing lead roles such as Aurora in The Sleeping Beauty and Clara in the Nutcracker. Mrs. Garbrandt has been teaching ballet and elementary dance for almost 20 years throughout New York and Long Island including renowned schools such as STEPS on Broadway, Ballet Academy East and Eglevsky Ballet. In 2008 she assisted in the opening of the Long Island City School of Ballet where she helped build a thriving ballet program for hundreds of young dancers and in 2018 became the assistant director. During this time Mrs. Garbrandt began studying with the Dance Educators Laboratory and increased her focus in early childhood dance. Mrs. Garbrandt is currently a loving mother of 3 daughters and is pursuing her degree in Early Childhood Education. She looks forward to many seasons with the Dance Perfection dancers!

Gigi grew up as a competitive dancer, while training in floor gymnastics/ tumbling. She has trained in all styles of dance and performed with her High School dance company, kickline, and a competitive dance team.  She then went on to dance at the D1 level on the University of Delaware’s Dance Team.   After deciding she wanted to pursue dance professionally and still continue with her education, Gigi came back to NY to study Public Health at Farmingdale State College while working professionally for the Brooklyn Nets as an NBA dancer. Gigi also works at a Laser Spa in Babylon and is signed with Bloc Talent Agency as a Professional Dancer where she continues to obtain work  in the industry.

Brianna Barefoot began her dance journey at the age of 2. It was clear that once she set foot in a dance studio she would never want to leave. Her passion for dance grew stronger with every step she learned and every style of dance she studied. Brianna became a student of Dance Perfection by 2012. In a short time she gained the attention of her teachers. They saw not only her talent but her eagerness to learn and help others. It was then she was asked to audition for the company team, The Showstoppers. Now, a senior company dance member, Brianna has performed on many stages with her teammates earning them multiple first place awards and other high honors. She also has taken on solo performances that won her many accolades. While Brianna loves to dance on stage she loves working with you dancers too. This was very clear to studio owner June Coppola and in 2018 offered her a coveted position of joining the studio’s student teacher program. Brianna graciously accepted and taught alongside her teachers while learning all that dance instruction entails. Now known as “Miss Brianna” to her students, she is able to pass along her love of dance to those she teaches. Brianna is currently a senior at Oyster Bay H.S. and has been accepted to Hunter College where she will continue her studies in dance and childhood education this fall.

Serafina, also known as Miss Seri, started out as a student of our studio over 20 years ago. Starting at the age of 3, Seri has had training in Tap, Jazz, Ballet, Hip Hop, and Lyrical dance. She has performed each year in the company's recital and has been involved in other special performances that our studio has done. She has performed at The Broadway Mall, The Plainview Nursing Home, and The Festival of Trees at the Cradle of Aviation. Miss Seri started has been an instructor at Dance Perfection for 9 years now and is a beloved teacher to our younger dancers. She absolutely adores children and loves to watch them excel and discover new things. Watching her students improve week by week, as well as watching them form special connections with each other means the world to Miss Seri. It is her honor to open up a world of creativity and imagination for her students in an open and friendly environment. If you ask Serafina, she will tell you that in life it is not just about waiting for the storm to pass, but about learning to dance in the rain!

Lauren was born and raised on Long Island always dancing and competing with her local studio. After Graduating high school she went on to attend Marymount Manhattan College in NYC where she graduated with a B.A. in Dance with a Musical Theater concentration. While at Marymount she was taught by the finest teachers NYC had to offer not just in school but also used all the resources NYC had to offer. Since college Lauren has been working as a professional dancer around the US. Her favorite credits include Grease where she played Cha Cha, and Cabaret where she was a Kit Kat girl. She has also been the Dance Captain for many shows. Other television appearances and industrials she has worked on were The Grammy’s, The Mike and Juliet Show on fox, and Good Morning America. Lauren also worked with a New York based tap dance company performing around NY. When she is not performing she is teaching, choreographing, and spreading her love of dance to her students who have received top awards at competitions. Lauren has recently added a new role to her life, "Mother". She and her husband welcomed their beautiful daughters in December 2013 and February 2017.

Olivia has been dancing since she was five years old.  At the age of 10, she began dancing with Dance Perfection.  Her instructors saw her potential and asked her to begin student teaching at The Studio when she was fifteen.  It has been her passion ever since.  Olivia graduated from LIU Post with a BFA in Dance Studies. After auditioning and working small gigs, she landed a spot on the NBA Brooklynettes Dance Team, where she continues to dance today.  She soon was signed with Bloc Talent Agency in New York and added to her professional resume by becoming a certified personal trainer. Olivia’s love of dance and her thirst of learning is what makes her such a special instructor at The Studio Dance Perfection.  This is her home and because it's such a comfortable environment where everyone is able to learn freely, she feels she has truly found a lifelong dance family at Dance Perfection. She believes the relationships developed here with students and teachers enables her to continue to grow as a dancer and instructor.  Being a dance educator at Dance Perfection has afforded Olivia the opportunity to pass down the joy of learning dance to our next generation of young dancers.

Danielle Coutieri has a strong passion for dance and is a proud teacher for The Studio Dance and Pilates. She has been with this family for over 15 years and couldn't be happier. Danielle has been trained in tap, jazz, ballet, modern, hip hop and even irish step.

She studied dance throughout college but is a recent graduate with a bachelor's degree in Childhood Education. Keeping teaching at hand she is the choreographer and a teacher for the Young Performer's Theater class at The Merrick Theater. You can also find her at several elementary schools around Hicksville teaching the students dance after school and choreographing numbers for their talent shows.

Outside of The Studio, Danielle has performed in many community and regional theater shows. Credits include Grease, 42nd Street, Aida, Beauty and the Beast, CATS and many more! She has also choreographed shows such as Annie Get Your Gun, The Wizard of Oz, Pageant, Joseph and the Amazing Technicolor Dreamcoat and High School Musical.

A very studious hard worker, Danielle loves to call The Studio her second home and is always excited to enter such a professional and welcoming place. 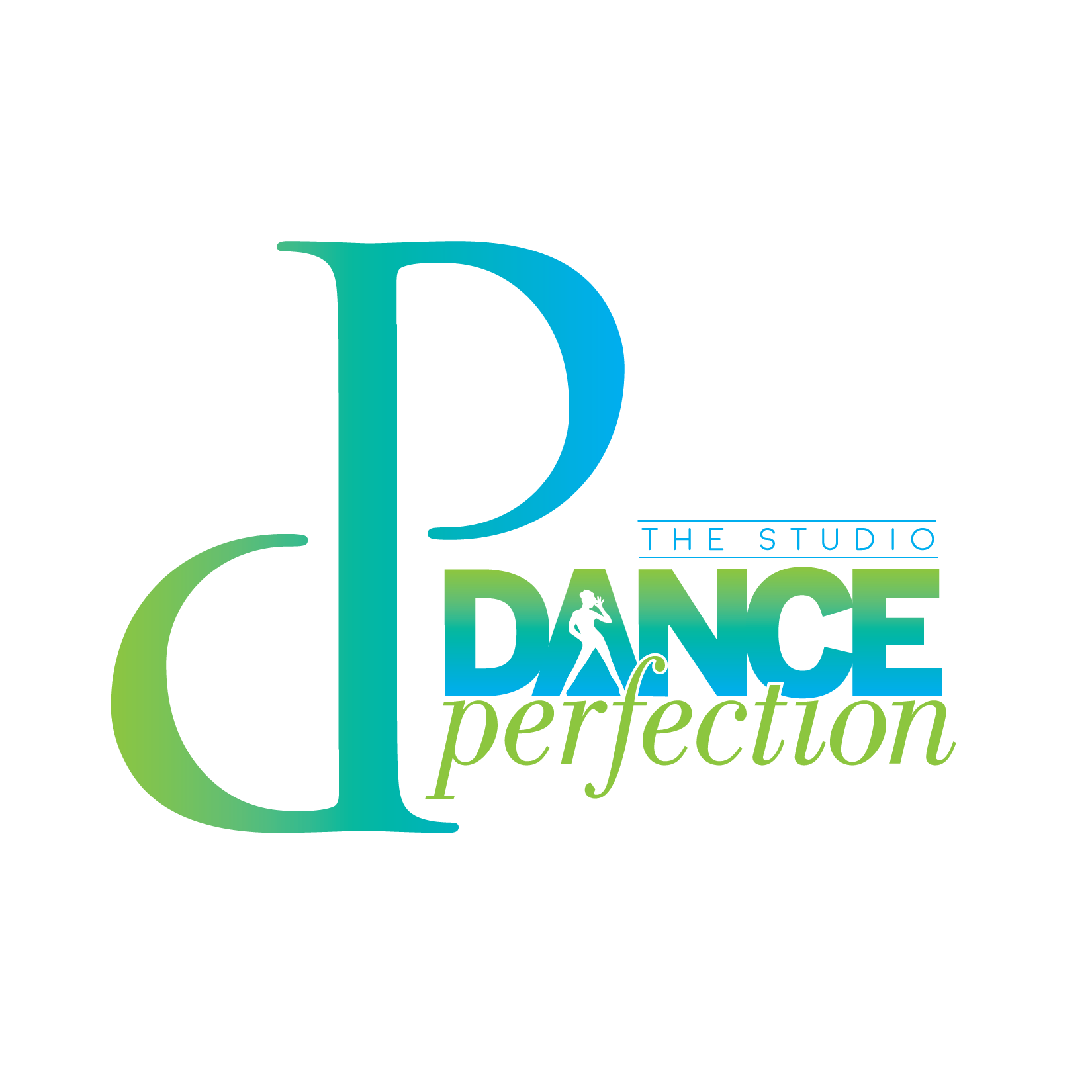